The history of mankind is known for the emergence of borders between tribes, cultures, civilizations. In the philosophy of the border we know the limitation of all things in time-space, in one territory, with its own power, with its own laws and social order, created through the historical of that society. According to Plato, the state is a historical category created in time and space that has its own natural cycle of regimes. On the other hand. The border line of the state (ies) is determined in agreement with the neighboring states by agreement, which should be accepted by the international community. The border zone is determined at a certain depth from the border line, and is determined by special state, ie government legal acts and regulations. According to the territory, it covers Northern Macedonia in the heart of the Balkan Peninsula. The border area is part of the territory of Northern Macedonia on land, rivers and mountains. Corridor 10 is an international highway starting from the city of Gdansk, Katowice, Bratislava, Budapest, Belgrade, Skopje, Athens, Cairo. Corridor 10 in our country connects the cities of Kumanovo-Skopje-Veles-Gradsko-Demir Kapija-Gevgelija. If all types of roads in our country are analyzed, then they reach a length of 9,573 km of categorized road network with (status since 1995), of which 910 km are highways, 3,058 km, regional and 5,606 km, local roads. However, it should be noted that only 584 km, highways are included in the system of the European road network, roads "E", and of them in the TEM system (Trans-European Highway) roads can be included only 138 km, highways . , including: Kumanovo-Petrovec-Veles-Gradsko; Skopje-Petrovec; Hippodrome-Miladinovci; Tetovo-Gostivar (Spatial Plan of the Republic of Macedonia, 1999, 73). 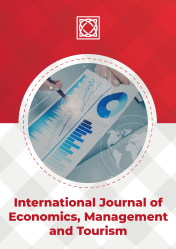