PROCESS OF GLOBALIZATION IN THE WORLD ECONOMY

Globalization is the process by which the world is interconnected through technology and powerful infrastructure for the purpose of communicating and managing resources. Globalization seems to talk about several vibrant phenomena which ensure two major components. Firstly, they function across national boundaries and secondly, they result in higher incorporation or interdependence of human societies. It is therefore one aspect of development that affects the world in general, from every point of human view. This paper tries to present from a historical perspective, financial globalization is not a new phenomenon, but the depth and breadth of globalization today are unprecedented. The recent wave of globalization has generated an intense debate among economists, attracting both strong supporters and opponents. This paper tries to present a balanced view of financial globalization, outlining the benefits and risks that globalization entails for developing countries and emerging markets. The paper revisits the arguments and evidence that can be used in favor of and against globalization. Starting from here in this paper is implemented analysis and are given answers how today in the era of globalization the economic allocated in the world economy, the causes for the weakness in the global economy and the transformation of power in the world economy. 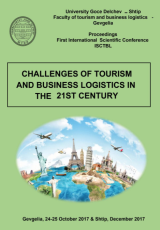