‘Candidatus phytoplasma solani’ is a worldwide-distributed phytoplasma, found mainly in the Euro-Mediterranean area, and it is associated to various diseases in the most spread and cultivated plants including grapevine, maize, potato, pepper, celery and tobacco.

Molecular multigene characterization was performed for the first time on phytoplasma strains collected from the Eastern part of Republic of Macedonia from symptomatic and asymptomatic pepper and tomato plants, during the summer period of the 2015/16 season. PCR amplification on specific tuf, vmp1 and stamp gene, showed that the identified phytoplasma strains belong to subgroup 16SrXII-A, since their restriction patterns were indistinguishable from one another and from the patterns characteristic of the STOL (16SrXII-A) reference strain.

For positive samples on tuf gene, it was possible to identify the HpaII RFLP profiles associated with tuf - type b genes.

This is the first field observation and molecular laboratory testing for the presence of stolbur phytoplasma on pepper and tomato in the Republic of Macedonia. 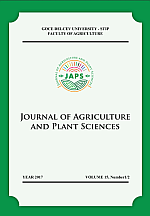